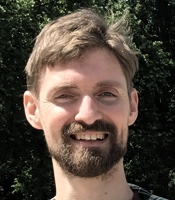 John Tyson is a Chartered Accountant and housing campaigner. He is active in the Friends of Harper Road and Elephant Amenity Network. John was the Green Party candidate for Bermondsey & Old Southwark constituency in the 2017 General Election. John says: "I am a positive believer in a better and a fairer world. I believe in social responsibility and community. I wish to make politics more open and transparent, and ensure that politicians do the job they were elected to do. Our political system is not broken, but it needs people to come in and challenge it to be better."

John Tyson of Southwark Green Party speaks at tonight's large community demonstration against the Elephant & Castle "regeneration" plans - outside the Southwark Council Planning Committee meeting due to decide whether or not they can go ahead.

[Read more...]
Chaucer ward roundup: Working to make sure everyone has a voice
Posted by John Tyson · Dec 05, 2017

Implement the recommendations of the Lakanal Report
Posted by John Tyson · Nov 01, 2017