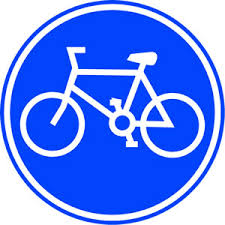 The strategy acknowledges the severe impact of air pollution on the health of Southwark residents, noting in the introduction that ‘poor air quality disproportionately affects the young, old, ill and poor’ (page 5). But this recognition of the serious public health challenge is not matched by actions.

The plan is not strong or bold enough, and it does not provide enough detail of those actions the council does propose to take. We are dismayed that so many items lack clear targets, timescales, objectives and means of measuring success. This is particularly noticeable in comparison with Southwark’s previous plan which included timescales and indicators for each planned measure (Air Quality Improvement Strategy 2012-2017 and Action Plan 2012-2017 (AQIS 2012)).

The introduction states that ‘Southwark is committed to integrating our Air Quality and Climate Change policies’. We welcome this fundamental insight that the two areas are interlinked. Given the council’s responsibility for public health, we feel that it is important that all council staff are aware of how actions their departments take will affect residents’ health. We note the ambition to ‘maintain a cohesive suite of policies by co-ordinating local air quality policy’ with other areas such as the Kerbside Strategy and Tree Planting, Parks and Green Spaces, but would like some detail of how this will happen.  We would like to see more evidence of how council departments such as Housing, Regeneration, Education and Public Realm will be delivering infrastructure and services that support reductions in carbon consumption and polluting emissions. How will they be made aware of the air quality strategy? How frequently and in what way will they report back on their success in delivering reductions?

We are concerned that this action plan does not refer to the success or failure of actions in previous air quality plans. For example, increasing registration for airText alerts was an action point (Measure 17) in May 2012 (AQIS, 2012). In a deputation to the council in July 2012, Southwark Green Party called for information on airTEXT to be sent to all headteachers as a minimum step in increasing awareness of how parents and teachers can reduce children’s individual exposure levels. We have been informed that only three Southwark schools have signed up for alerts by January 2017.  Clearly, this makes us very doubtful about whether the council will deliver on its new promise (3-5)  to promote airTEXT and Walkit.

Alerts are only a tool to reduce individual exposure, and it is more important to enable behaviour change to reduce overall pollution levels - for example, to reduce the number of car journeys to take children to school. The most publicised recent air pollution work with Southwark schools was the ‘Clean Air 4 Schools’ project run by LSx. But this was an ‘awareness project’ rather than a ‘modal shift project’.  Data on behaviour change was only collected from two schools. This is completely inadequate. We call on the council to actively pursue modal shifts for journeys to school and to collect sufficient information to assess what works. AQIS (2012) states: ‘Incorporated within the Council Plan is a target to reduce the number of children being driven to school from a baseline of 15.7% in 2010-11 to 13% by 2013-14. In the past 5 years a 5% decrease in numbers has been achieved.’ Was this target achieved? And what is the target for 2017-19?

Finally, we believe that Southwark residents are very concerned about the impact of air pollution on their health and would welcome a stronger action plan. We want to see real actions to cut emissions of nitrogen dioxides and particulate matter in the borough.

In summary, we propose:

1) We welcome these actions:

6-1    ‘Enforcement of the Clean Air Acts’ by ensuring that all retail premises selling wood and coal are aware that the whole of the Borough is a Smoke Control Area.

6-2    ‘Discourage burning of logs and house coal in the Borough’ through a communication campaign.

4-18    Train all Joint Enforcement Team (JET) officers in Road Traffic Act anti-idling enforcement. We note that idling is an increasing problem on side streets near major junctions such as Elephant and Castle, both by delivery drivers and Uber drivers, as well as outside schools. We welcome both education and enforcement.

3-1    ‘Encourage children to walk or cycle to school’

The plan talks only of increasing the number of Gold and Silver accredited schools. How many are there in the borough now? What would be a good level to aim for? How will an increase be achieved?

We would like to see targets along the lines of the following:

3-2     ‘provide access to cycles for staff’ This is not a new action so the target should involve increasing uptake. How many Southwark staff currently use pool bikes/their own bikes for council business? How can this be increased? How might the provision of non-standard cycles such as trikes and cargo bikes allow more staff to benefit?

We are told that a ‘plan for awareness raising programme to be devised by April 2018’. This is a ludicrous delay, given that the tools already exist and only need to be promoted, and that this item has been in the previous action plans. The council’s communications department could instead be tasked with increasing awareness by (say) 50-80% by the end of April 2017. The makers of the app may be able and willing to share anonymised information about the locations of users registered in Southwark which will provide evidence for increased use. We would like to see a target minimum proportion of the population that is aware of episodes of high pollution, and minimum proportion of local population aware of chronic high pollution in their area, with an indication of how this will be measured. The information about air pollution episodes and about how individuals can reduce their exposure by changing route or mode of travel should be diffused as widely as possible. The Plan could encourage other services and points of public contact such as local shops and amenities, sports centres, GP practices and community centres to register for the airTEXT alerts and promote public awareness.

5-14     ‘Promote the use of renewable energy and minimise the energy demand of Southwark Housing’     We would be pleased to see the council ‘explore the opportunity of installing renewable energy technologies and retrofitting insulation and energy efficiency measures’. We would like to see a target along the following lines: ‘all estate regeneration schemes and proposals to carry out major works to the roofs of properties (both street properties and blocks of flats) must include an assessment of the cost and potential income from installing solar panels at the same time. Residents should be offered the opportunity to set up community energy schemes on estates.’ Similarly, all plans for major repairs to lighting on estates  should include an assessment of low energy alternatives and motion sensor systems. Where the energy savings will pay for themselves within 5 years, these should be made a priority for investment.

3) We want to see additional actions

a) Phase out diesel

There is no mention of diesel in the document. This fuel has been identified as a carcinogen by the WHO and there have been calls for a London-wide ban on diesel. Please include in this plan details of how you will reduce pollution from Southwark Council’s activities by changing the fleet to diesel-free and electric vehicles; training drivers (both of fleet vehicles and contractors) to turn off engines when stopped; and enforcing anti-idling legislation for members of the public and delivery vehicles. We would like to see Southwark Council commit to ending all new purchases of diesel vehicles for its fleet within the life of this plan.

4-18    Train all JET officers in Road traffic Act anti-idling enforcement. Please give a target date for the training. We would like to see targets and timetables such as: reduce idling outside schools to 0% through a combination of education and enforcement by June 2017.

Please include in this plan details of how you will insulate council properties to reduce fuel consumption and consequent emissions from domestic heating.

d) Give details of concrete actions  to promote walking and cycling