A group of Southwark Green Party members joined friends from neighbouring Lambeth at City Hall a few weeks ago at Mayor’s Question Time. These take place through the year and it is when AMs (Assembly Members) get to quiz the Mayor and hold him to account on a range of issues.

A question handled by Siân Berry was simple: How will you reduce the amount of waste London generates? Missing from Mayor Khan’s answer was anything relating to concrete actions or targets for reducing London’s waste.

Pointing out that there exist targets for reducing what goes to landfill and how much is recycled, our party co-Leader and Assembly Member pressed the Mayor to support re-use over single use and disposal - and called for real action: where is the support for repair cafés on our high streets for example that could transform the amount of household kit and appliances that get discarded? But nothing so practical or visionary was forthcoming from the (current) mayor. 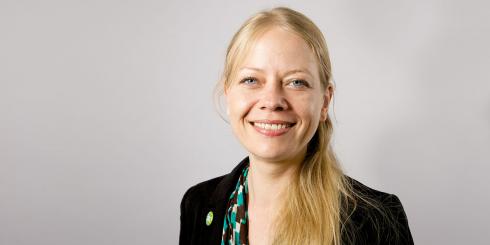 Meanwhile, in other 'waste news' you may have seen that Siân's fellow AM, Caroline Russell, has published some bleak but important findings about the chaotic landscape of recycling across London’s boroughs (see Caroline's full report here). She found that not a single London Borough was able to consistently recycle these common household items:

With no London-wide oversight and different rules from one borough to the next, Londoners are poorly served and are left confused.

So, how did Southwark fare in Caroline’s survey? Not great. While it can recycle a Tetra Pak and aluminium foil the other five items were a fail so presumably are destined for landfill or incineration along with 65% of our borough’s household waste. This is rubbish!

As Caroline says “… it is no wonder that London’s waste mountain keeps growing” and believes the Mayor should be taking control of London’s waste to sort it out.

Want to join us at City Hall for next Mayor’s Question Time and see the difference that our elected Greens make? It takes place on February 24th - see full details on our events page here.