In nearby areas where a Controlled Parking Zone (CPZ) has been introduced – round East Dulwich Estate and Grove Park – we've seen the number of parked cars decline, making it easier for residents to park and fewer conflicts between passing cars as a result of more space.

Peckham West and East Dulwich have the additional issue of the broad range of independent shops and cafés that line some of their streets. Retailers are displaying posters and collecting petition signatures to oppose the CPZ.

As residents in the area, we enjoy and treasure the small businesses that make the streets a thriving and diverse place to spend time. We want them to prosper. We question whether a CPZ would prevent them from prospering.

As residents and shoppers, let’s ask ourselves whether this would be a more attractive place to shop if more cars were parking here? Without some form of parking protection, that is what will happen. A great shopping and eating destination could fall victim to its own success.

Would it be safer if there were fewer cars driving round in circles hunting for that elusive space, ready to pounce as soon as the next parked car moves out? This would also mean better air quality to enable our children’s lungs to grow to full capacity; less taking your life in your hands at the junction of East Dulwich Grove and Lordship Lane. 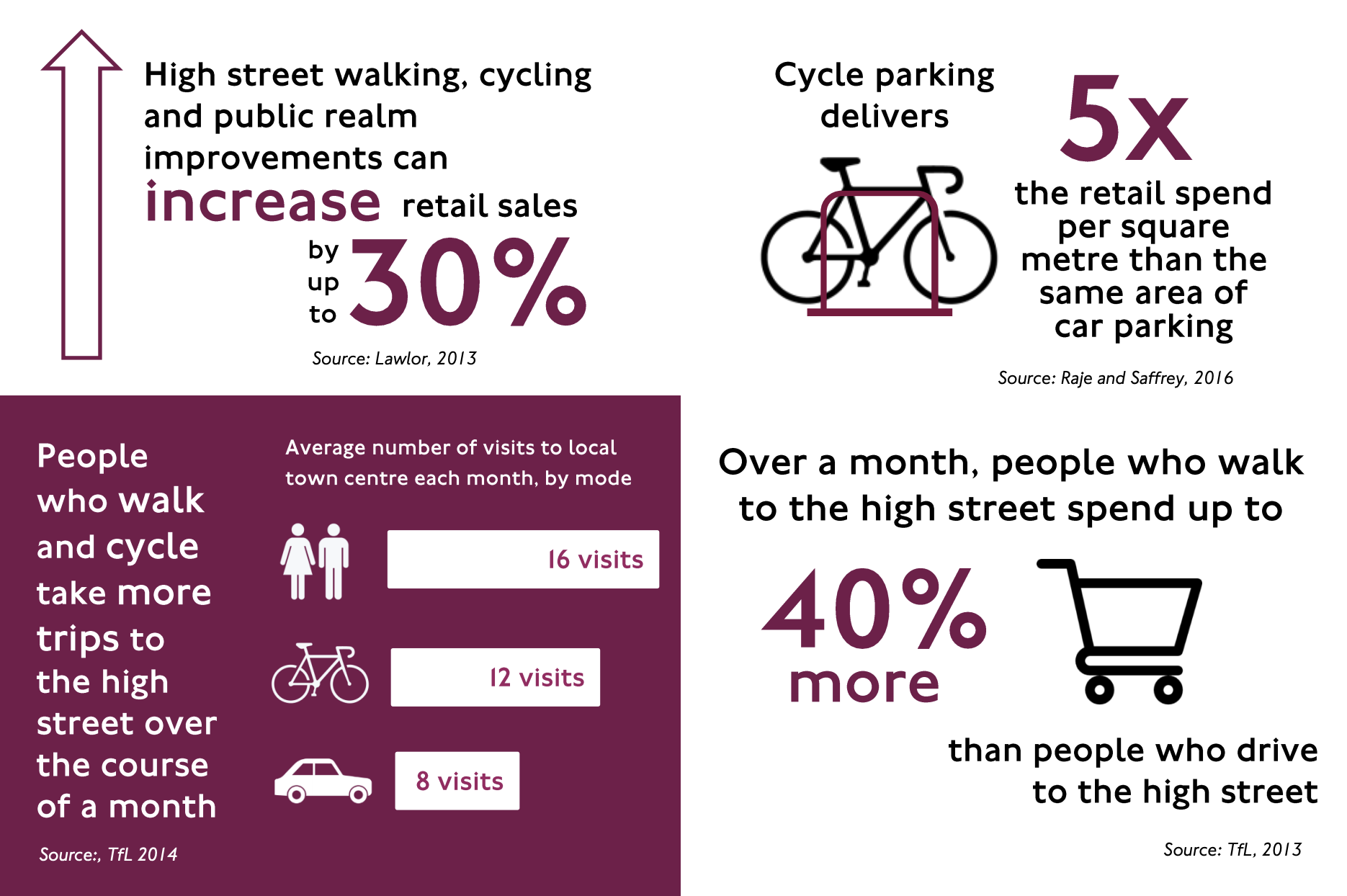 Would East Dulwich  actually become a more attractive place to shop and eat? Here’s what the Department of Transport’s Parking Measures and Policies Research Review had to say:

When people or retailers are asked directly about parking, it often comes across as seeming important - but in wider surveys, it tends to be the quality of the shopping environment which is a more important determinant on where people go, and their satisfaction with their visit.

On the impact on drivers’ behaviour, this evidence-based study of the economic impact on shopping in towns suggests,

When changes to parking restrictions, charges or enforcement are made, the evidence suggests that the primary responses to that change tend to be:

Earlier research on Traffic Restraint and Retail Vitality found a tendency for retailers significantly to overestimate, by 80% in one case, the percentage of their customers who travelled by car. There, as in subsequent studies, the quality of shopping, and of the shopping environment, is more important in generating trade than the availability of nearby parking.

Transport for London research has repeatedly shown that improvements to make it easier and safer to walk and cycle in London's town centres and high streets lead to more retail space being filled and a 93% increase in people walking in the streets. And these people spend 40% more than car drivers. Here’s their most recent (2018) report.

Commuter parking is also a major factor in the parts of East Dulwich and West Peckham that surround East Dulwich station. The increase in parking spaces outside commuter work hours makes clear how many people are using our streets to dump their cars on their way to work. This is in an area that has recently seen a new secondary school open and will soon see a new medical centre. The safety and accessibility of facilities that serve vulnerable children and adults must surely be put ahead of the interests of commuters who want a shorter but more polluting journey to work.

What do you think of these points and what other issues are important to you? Please let us know, and when you’ve made up your mind, be sure to respond to the consultation.

See also this fairly balanced piece in Southwark News, in which Eleanor Margolies from Southwark Green Party is quoted.