This was an occasion that injected a new spring into the steps of all those who were there, and we left with a fresh sense of purpose. Here is my personal view. 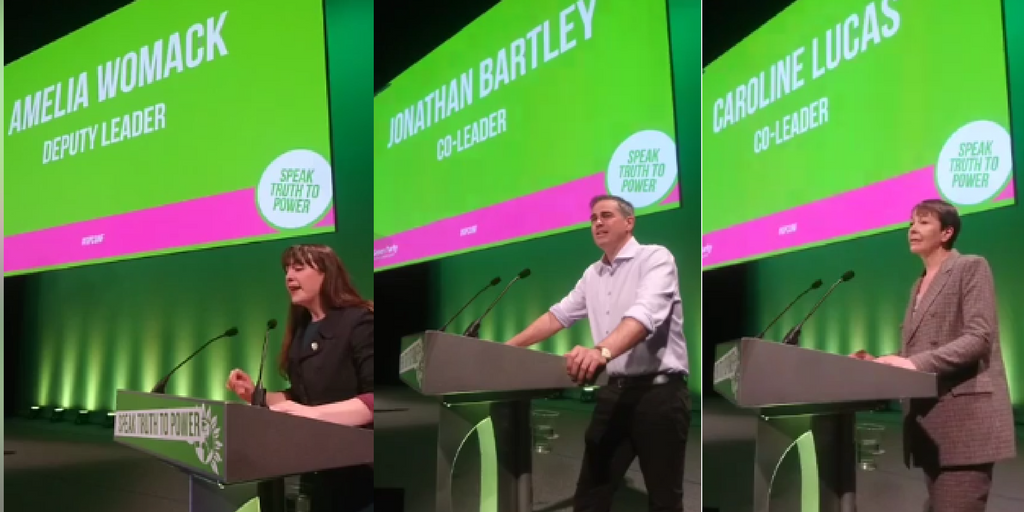 There was a packed agenda with workshops, training sessions and full plenary sessions. There were also rousing speeches from Molly Scott Cato MEP on Saturday 8 October; Green Party co-leader Jonathan Bartley on Monday, following an introduction by fellow co-leader Caroline Lucas; and from deputy leader Amelia Womack to close the conference on Tuesday.

Party policy is developed and formulated by the membership at the conferences during which policies are proposed in the form of motions, which are then debated and amended and agreed or not agreed.  This is democracy in action from the bottom up. The Green Party has a full set of policies covering the whole political spectrum, but everything is consistent with the fundamental environmental issue that we live on a planet with finite resources. Amongst many other issues, the conference considered a revision to the policy on climate change and refined the policy on electoral alliances in the light of the experiences of members during the general election in June.

In order to ensure that the Green Party continues to be dynamic and fit for the 21st century, we also decided that we need to undertake an urgent and holistic review of how the Green Party operates.

There was a panel discussion on what the new (Green) economy should look like, and how the universal basic income would help to reduce the high levels of inequality in our society. A fringe meeting looked at the universal basic income in more detail. Other meetings discussed the effect of Brexit on the environment; education; what next for young people, to mention just a few.

The leaders all spoke of how proud they were of the Green Party. Personally, I am very proud to be a member.