We're very excited to welcome Terry Reintke, a Green Member of the European Parliament from Germany, to Southwark. She'll be joining us on a bumper leafletting day, and we'll hear from her about issues close to her heart including the experience of women in politics, making sure that young people's voices are heard in politics, and Brexit The True Story (as seen from behind the scenes in Brussels).

You are very welcome to come to all or part of the day. No leafletting experience necessary - you can join a friendly team.

10am-12: deliver leaflets to residents in East Dulwich about the European elections on 23 May.

2pm: Terry will speak, along with some of the London Green Party candidates for MEP. RSVP for the talk here

Thank you for your help and we look forward to seeing you on Sunday.

Find out about Terry's work.

We want to get the message out to everyone in Southwark that Greens are London's leading pro-Remain party. In London, we've had an elected Green Party London Member of the European Parliament since 1999, and we've been consistent in standing up for EU citizens in the UK and fighting for a People's Vote.

Our lead candidates are Scott Ainslie, a Green Party councillor in Lambeth, and Gulnar Hasnain, a Southwark resident and former member of the Mayor's economic development agency working on climate change and sustainability.

The Green Party says No to Climate Change and Yes to Europe. 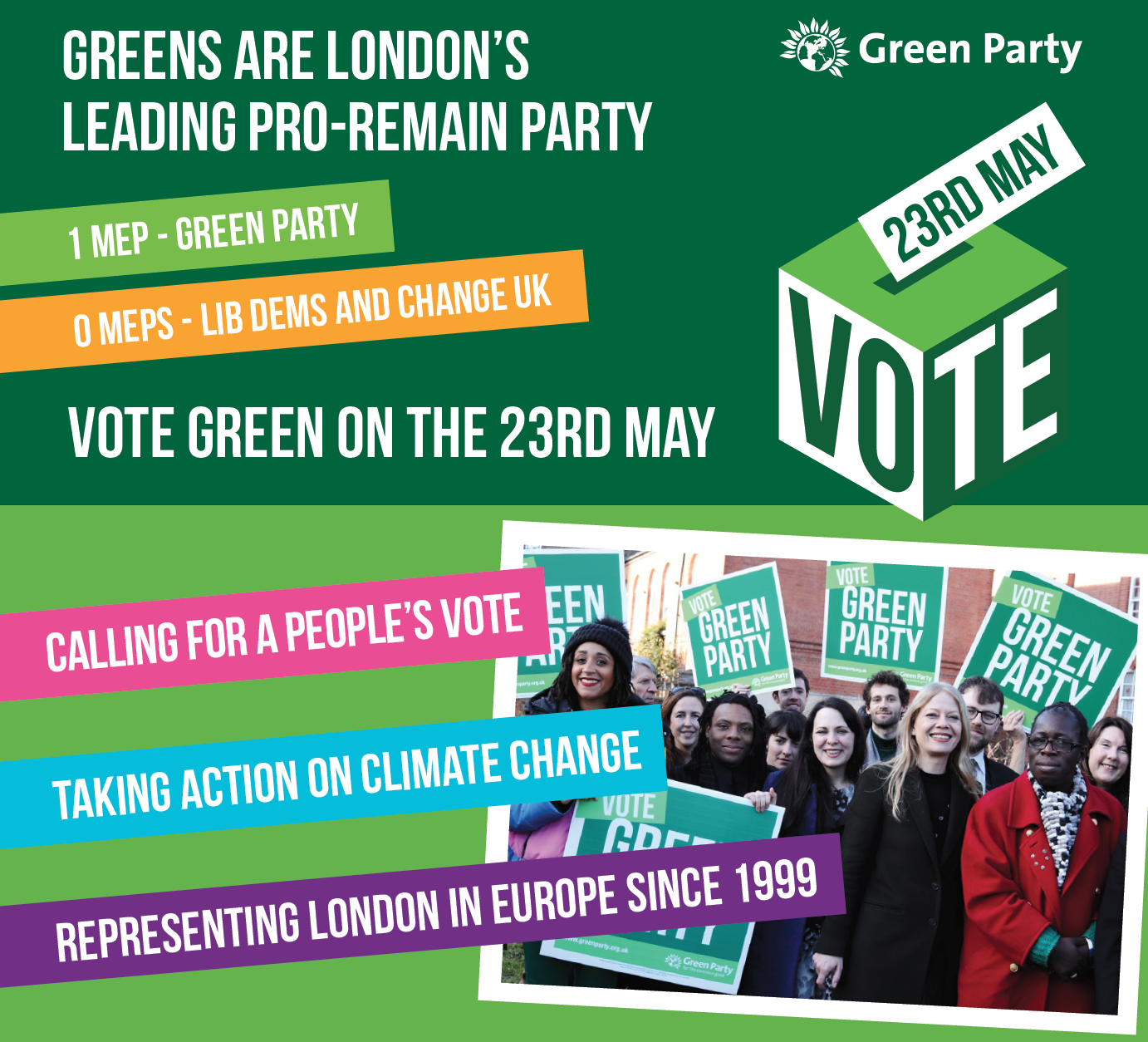