Did you know there is a Green Party of Mongolia? You do now! Greens from around the world, including a group of us from Southwark, were among delegates at the first joint congress of Global Greens and European Greens, held at the ACC, Liverpool. This really inspiring weekend – the biggest gathering of Greens ever – gave us the opportunity to learn more about the work going on across an amazingly rich mix of countries to promote environmental and social justice.

Among a wide range of workshops and panel discussions, Greens from Austria and the Netherlands provided valuable insights into their political strategies, following recent successes in national election campaigns; Green representatives from Australia, Canada, Germany, Ghana and Japan looked at trade policy in the age of globalisation; and speakers from Fiji, Morocco, the Solomon Islands and Sweden took part in a debate on protecting our oceans.

At the spring conference of the Green Party of England and Wales, held alongside the international congress, a packed hall heard arguments for progressive alliances in the UK, with a panel including veteran environmentalist Jonathon Porritt, Andrée Frieze of Richmond and Twickenham Green Party, and Tommy Sheppard MSP – the first representative of the Scottish National Party to address a Green conference.

In the Green Party, ordinary members have a much greater say in shaping policy than in other Westminster parties. Under our one-person-one-vote system, we passed motions including support for electoral alliances for proportional representation, a new Clean Air Act and a national register of animal abusers. Among many other motions, we also voted to update our policies opposing discrimination on grounds of sexual orientation, and to work with trade unions on opposing benefit sanctions and strengthening support for a living wage. 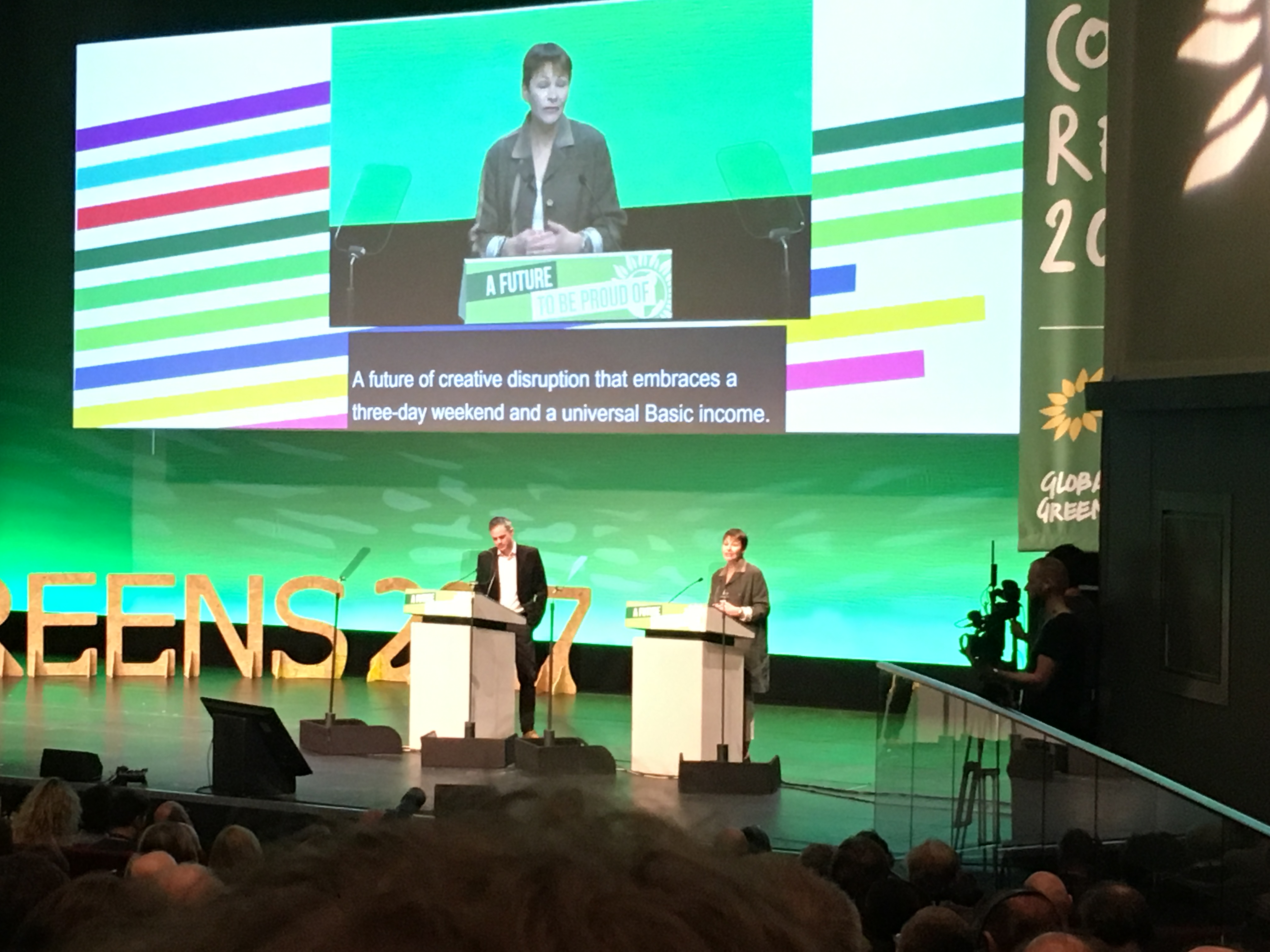 During the joint leaders’ speech to conference, Caroline Lucas MP calls for the introduction of a three-day weekend – a flagship policy for the Green Party.