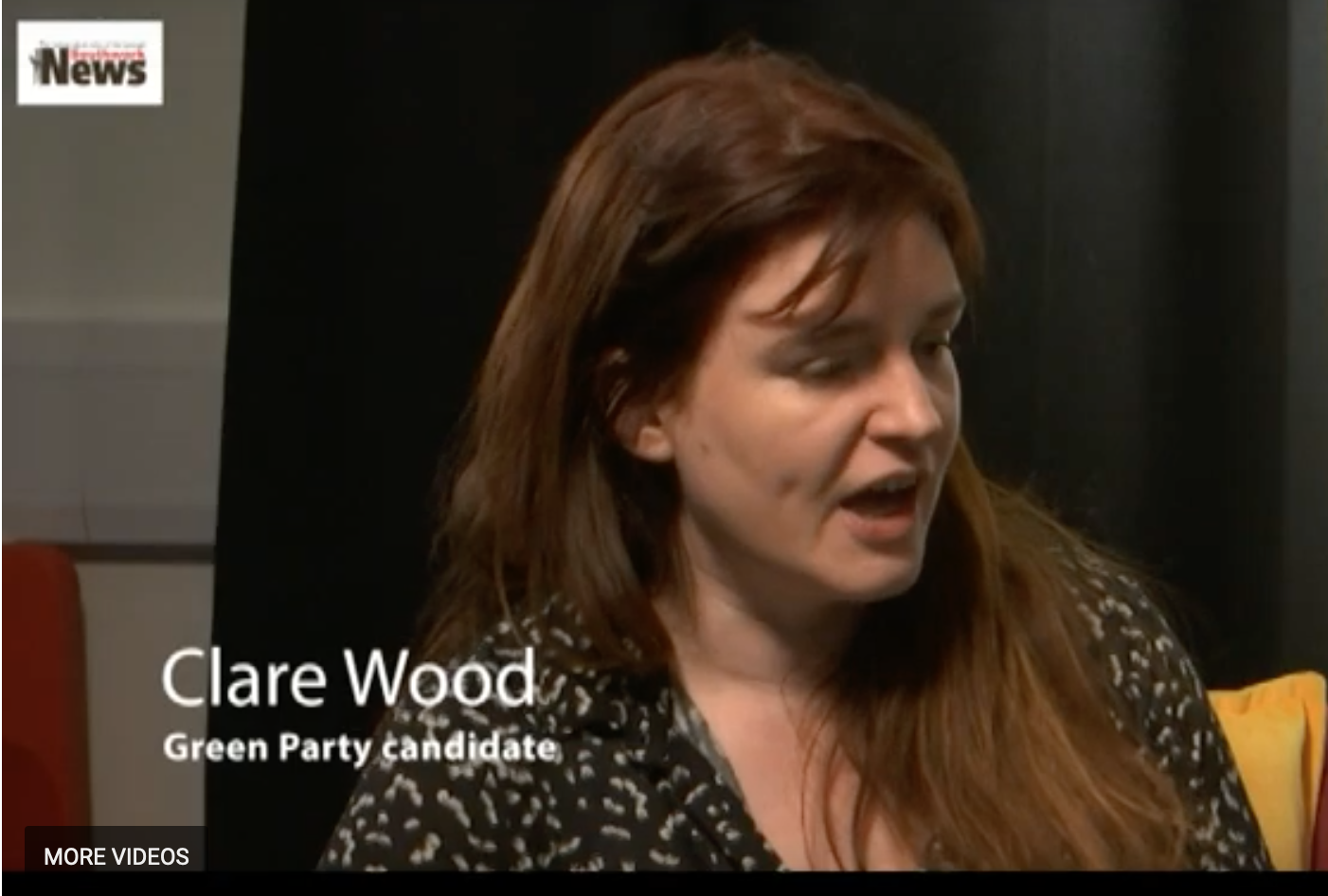 Clare Wood from Southwark Greens is taking part in a Southwark News experiment to debate local issues ahead of the elections for Southwark Council on 5 May. The filmed debates are then shown to local people in a Gogglebox-style programme to hear their reactions.

The Greens and Liberal Democrats asked why the Labour-led Southwark Council hasn't held developers to their commitment to build 35% social housing. Clare mentioned that there are some 16,000 people on the housing waiting list in Southwark and said, 'Labour does have a very bad track record on making sure that new developments have space for social housing and local residents... and how affordable is it really for the local people?'

Clare pointed out that council consultation is too often about the Southwark Council telling local people what is happening, rather than responding to residents' concerns and needs.

Watch the film and make up your own mind: