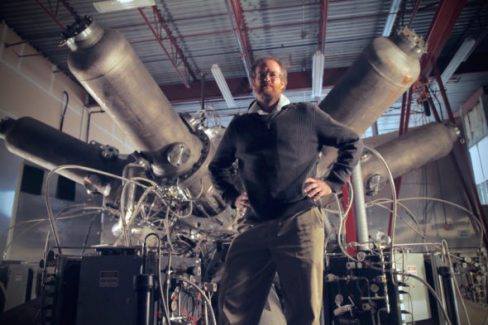 Focus Fusion Society in collaboration with Walworth Green Party and The Cinema Museum presents a screening of the 2017 documentary "Let There Be Light".

Clean, safe and unlimited power has been an obsession for scientists and inventors for centuries, and an underlying preoccupation for our society as a whole. Since the 1940s, when we first understood how the sun creates energy, nuclear fusion has been energy’s holy grail. For decades, fusion has been delayed and thwarted by failure, miscalculation, fraud and politics. It has been maddeningly always just out of reach, which seems to make people obsess over it all the more. “Fusion is the energy of the future… and always will be,” goes one old joke.

But today, fusion is being pursued with a renewed zeal, mostly because we’ve never needed it like we do now. 37 countries are currently collaborating to build the biggest experiment ever, in order to prove that fusion is viable. Will we finally succeed, or will the project collapse under its own massive complexity?

The film chronicles the work of the passionate scientists who are struggling to make it work. The documentary Let There Be Light follows the story of dedicated scientists working to build a small sun on Earth, which would unleash perpetual, cheap, clean energy for mankind. After decades of failed attempts, a massive push is now underway to crack the holy grail of energy.

Tickets are free and can be booked here