Southwark Greens were in Bristol from 5-7 October for the Green Party's 2018 autumn conference, with a schedule packed with training sessions (e.g. canvassing masterclasses, guidance on writing newsletters and leaflets), policy working groups (e.g. "Tackling period poverty in young people", "Animal sentience and the Animal Welfare Act") and fringe meetings ("What do we want for our schools?", "How Green is Corbynomics?" and much more).

While always enjoyable and inspiring, conference is also a time when there is work to be done. Members attending conference shape Green Party policies by voting (one member, one vote) at plenary sessions – sometimes these can be tough going, but it is important that conference derives its authority from the membership as a whole, and not from decisions made behind closed doors. 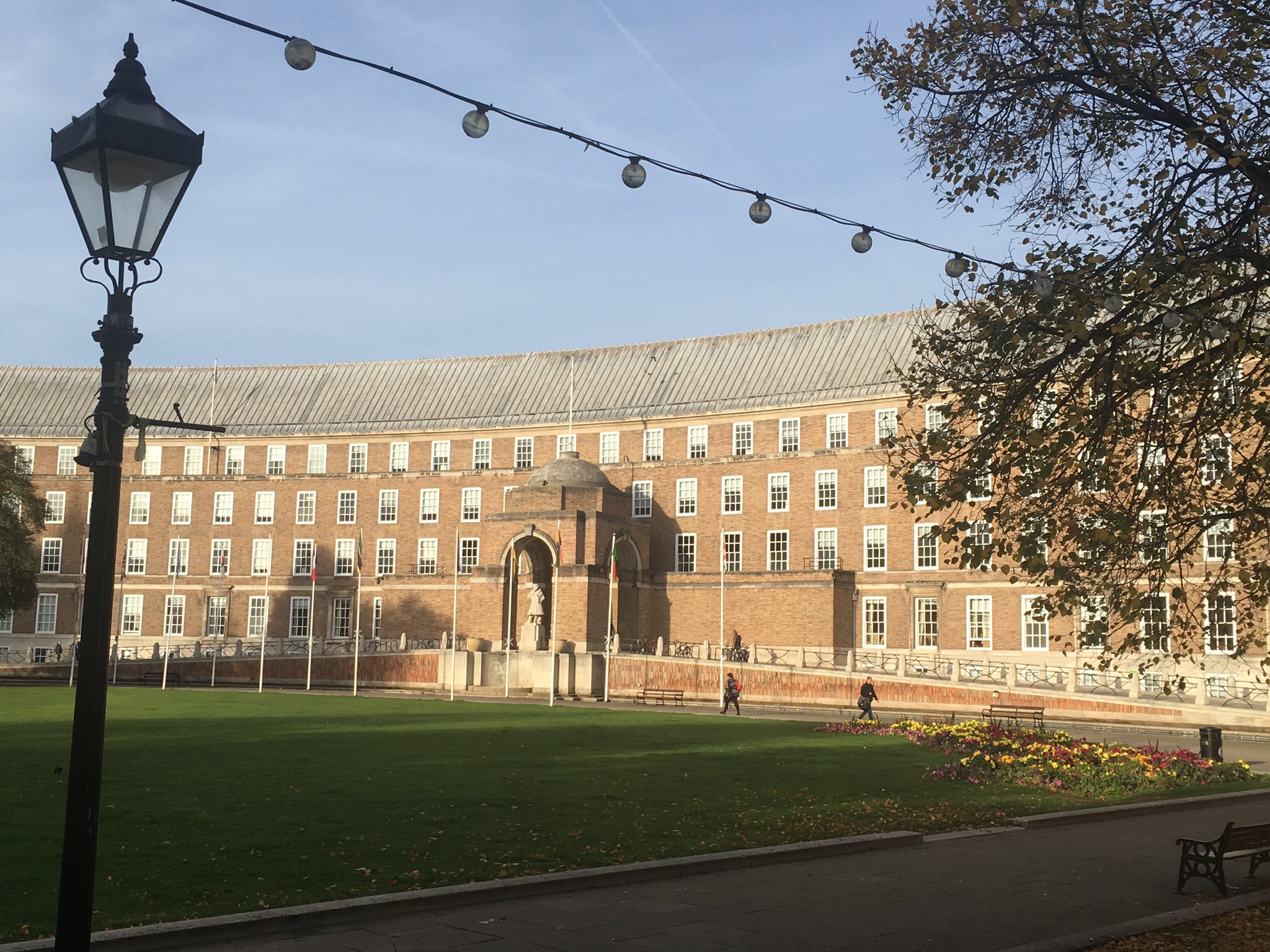 Much of the voting in Bristol was concerned with the Holistic Review – a major review of the party's future governance, including a restructuring and modernising of its governance bodies, allowing it to anticipate and respond quickly to a fast-changing political environment. Proposals to conference in Bristol included a new representative Council, made up of 45 members, and a Political Executive, chaired by the Green Party leader or one of the co-leaders, to link the party more firmly with its elected politicians. Conference accepted the recommendations of the Holistic Review, with some amendments (notably to permit job-sharing), and agreed that they be sent out to the membership as a whole in a referendum.

The Holistic Review was not the only subject of intense discussion. So too was a motion to adopt the International Holocaust Remembrance Alliance definition of antisemitism. There were strongly held views for and against, with Jewish party members on both sides of the debate. As it became clear that more time was needed to reach a consensus on this important issue, conference voted to "refer back" the motion for further consultation.

Leading the Green Party in a changing world while maintaining its founding principles – seeing leadership as service, not power – is a demanding job, which is one reason why the Greens have elected joint leaders to share the responsibility. This autumn, we welcomed the new co-leadership team of Sian Berry and Jonathan Bartley, with Sian taking on the role formerly held by Caroline Lucas, who stepped down earlier this year. 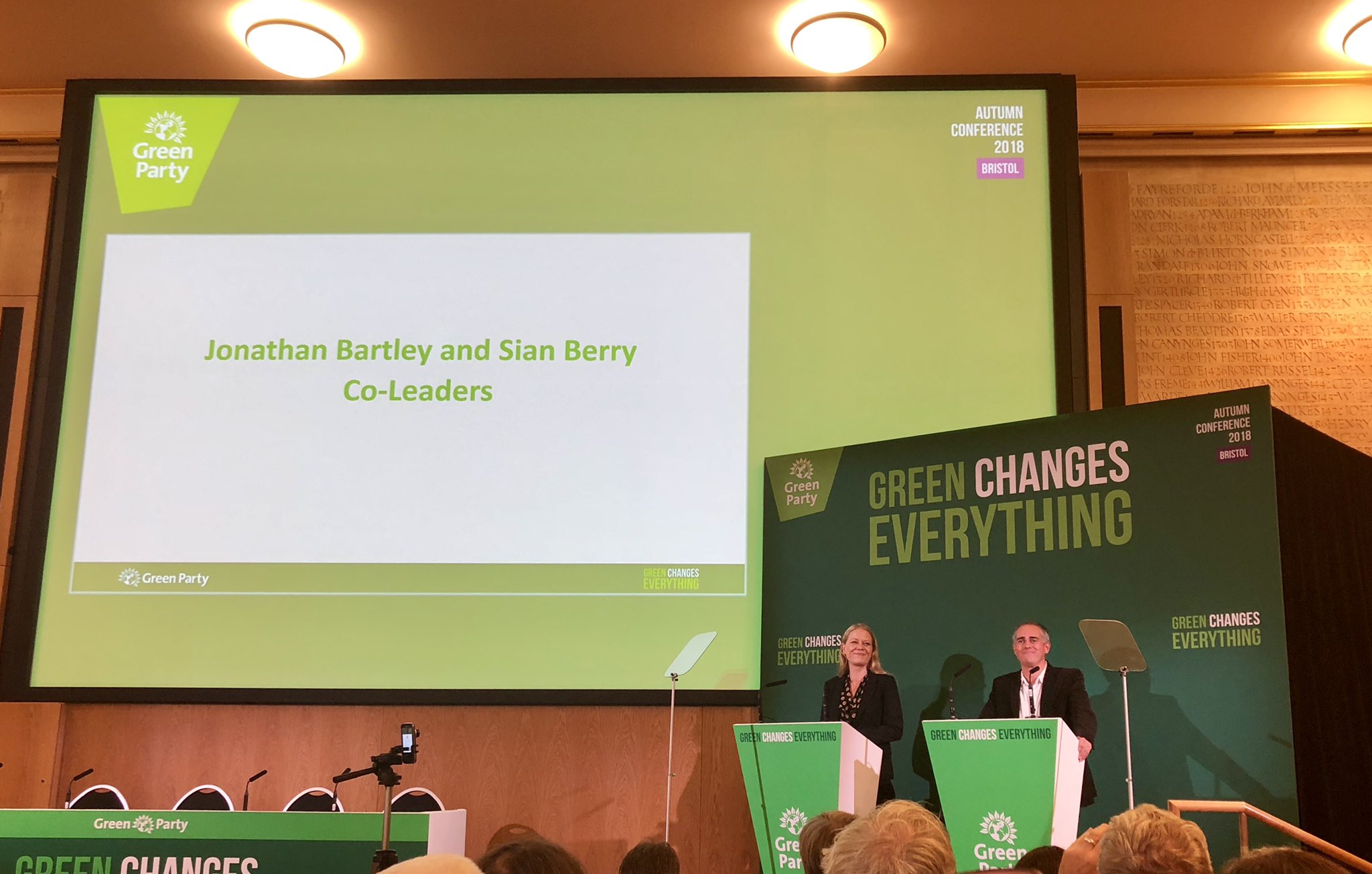 The co-leaders' speech was of course one of the highlights of conference. In their first major public appearance as co-leaders, Sian and Jonathan unveiled a new Green policy, calling for the scrapping of GDP as a measure of (unsustainable) economic growth, and its replacement with a Free Time Index, measuring people's leisure time – “the time to have a family life, relax, and pursue the things they care about”. This idea builds on the Green policy of a four-day working week – backed by the TUC – and recognises that working harder for longer contributes neither to productivity nor to national wellbeing.

Sian reiterated the Greens' firm rejection of "vapid centrism" in politics, telling the audience: "It’s that muddled middle ground that allowed the bankers free rein, the planet to burn, and the far right to rise." Jonathan praised the direct action of human rights campaigners the Stansted 15, who stopped a deportation flight, and the three anti-fracking activists jailed for protesting at the Cuadrilla site in Lancashire. And he had a message for the fracking industry: "Your days are numbered. Fossil fuels must stay in the ground and we won’t stop until your dirty industry is thrown in the dustbin of history."

Conference isn't all serious stuff! There was also plenty of time for delegates to let their hair down, whether at the dance workshop led by Bristol Green Party, the ever-popular Young Greens' Quiz, or the Big Green Thank You awards, honouring outstanding activists, local parties, candidates and councillors, including Cllr Magid Magid, Sheffield's first Green and first Muslim lord mayor, whose Donald Trump Is a Wasteman T-shirts were the fashion item of choice for style-conscious conference delegates. 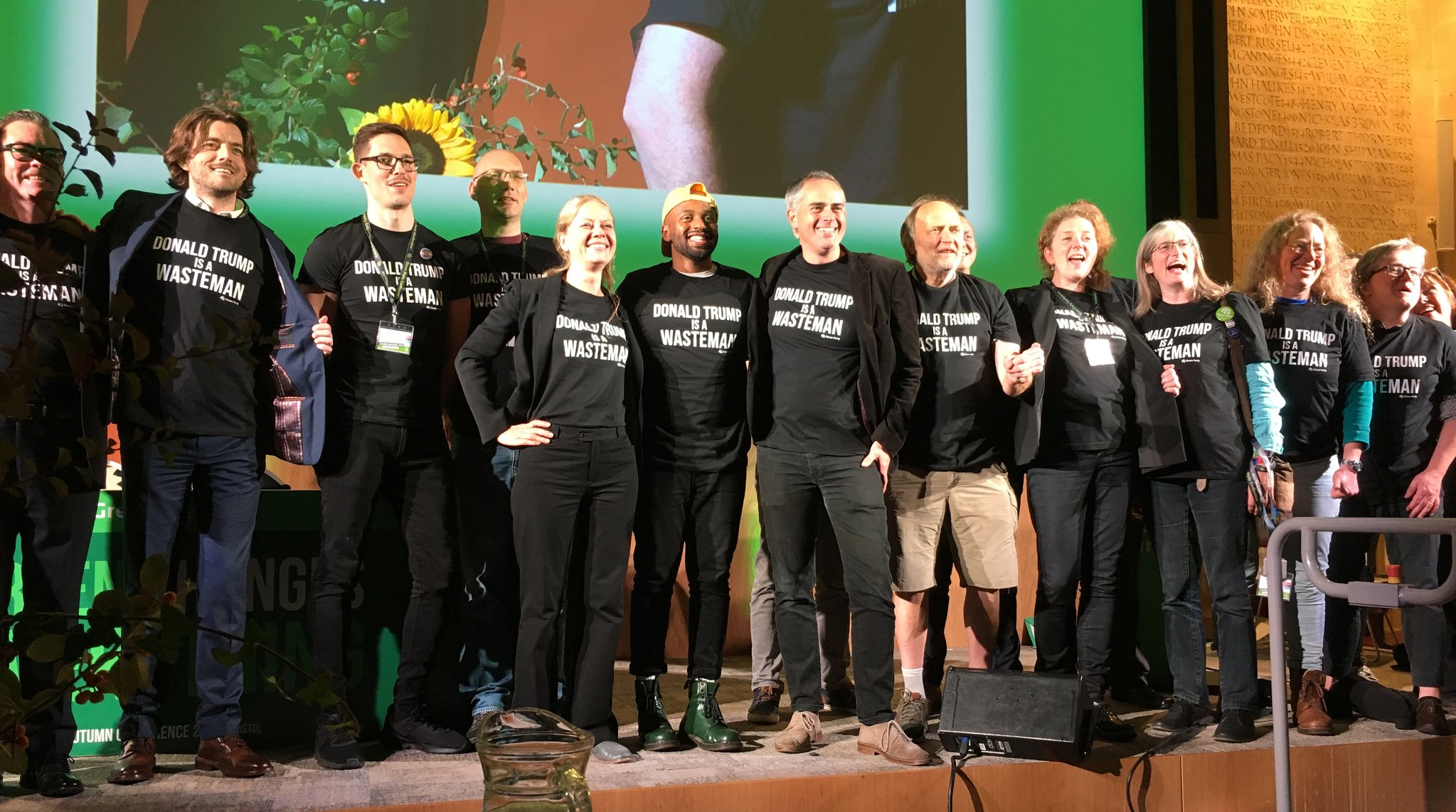