‘We found illegal levels of air pollution just outside the school,’ David said. ‘Most pupils live very close and walk or scoot to school – the scooter and bike store is packed every day. There’s not much more these families can do to reduce the pollution they generate by travel – but they are suffering from the deadly pollution emitted by passing cars, buses and trucks.’

Kimberley Hickman, a parent at the school, launched a campaign to fund a growing screen of ivy plants to shield the pupils from pollution. With the Friends of Goose Green school, she set up a crowdfunding campaign and approached local businesses for financial and practical help, as well as applying to the Mayor of London’s Greener City Fund and Southwark Council’s Cleaner Greener Safer Fund. The school was successful in both bids, winning funds to install both the ivy screen and air purification units in classrooms.

Over three days in half term, parents, children and local volunteers joined staff from Treebox to plant the three-metre tall screens. The ivy screens are grown in nurseries over metal lattices then planted just inside the existing fence. The screens were carefully shaped around existing plants, including a much loved wisteria that has grown through the school fence. Children helped to earth up the roots and water the new plants.

Eleanor said, ‘It’s been a lovely community planting project with lots of people dropping in to help in different ways, and great support from the local businesses that supplied refreshments. It’s very satisfying to see how the ivy forms an instant barrier against noise and pollution and I know the children will notice the difference when they come back after half term.’

In late December, David helped the school’s ‘EcoWarriors’ to install nitrogen dioxide measuring tubes around the playground. They’ll come back in a month or two, when the ivy has bedded in, and measure again to gauge what difference the screens make. In another London school, a 40% drop in pollution levels was measured after a green screen was installed.

Weaving ivy strands into the school fence, Eleanor commented. ‘This is a great instant fix – and that’s what we need, because children’s lungs are being damaged in Southwark school playgrounds right now, every day of the year. But so many other schools need this kind of treatment, and it’s only half the story. It must be backed up with strong measures from the Mayor and Southwark Council - to scrap dirty diesel and reduce the volume of polluting traffic.’

For more information about the Greener City Fund grant, see below – 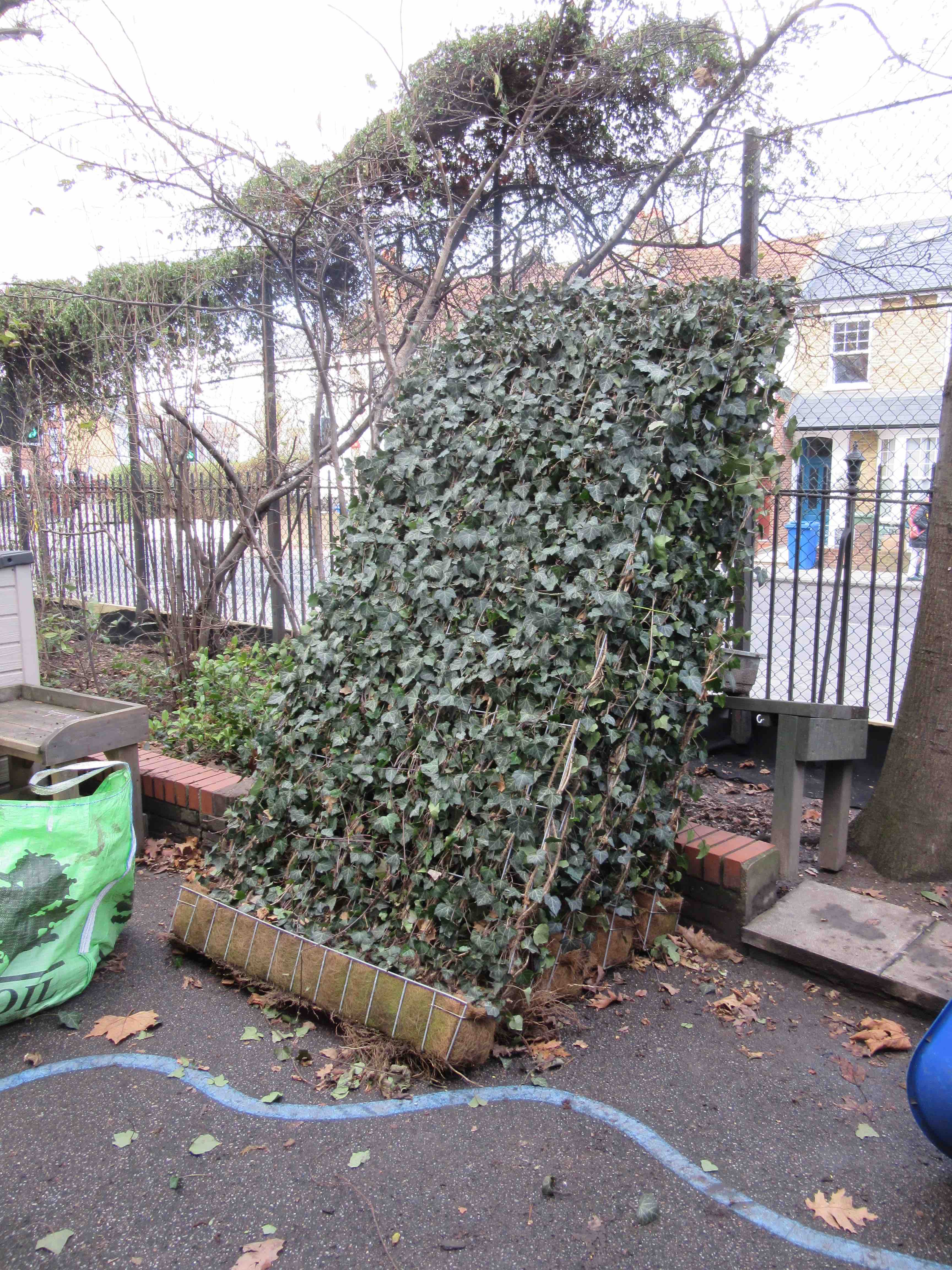