The New Southwark Plan (NSP), which sets out the Council’s vision for growth, development and regeneration in the Borough up to and beyond 2040, has been evolving for many years and has been constantly examined and updated. It remains unquestioning in its assumption of the need for constant demolition and redevelopment. But if carbon emission levels are to be brought down, this is no longer a viable option. The construction industry is responsible for 40% of all carbon emissions (the figure is over 70% in London), taking into account those produced during the life cycle of buildings, starting with materials chosen, especially cement (which produces 8% of all global CO2 emissions) and construction methods, through lifetime use of buildings and eventual demolition and rebuild. The highly questionable practice of requiring ‘carbon offset’ payments (known in some quarters as ‘pay to pollute’) from developers who are not willing or able to keep carbon emissions to net zero, will not allow the Council to achieve carbon neutrality by 2030, let alone achieve the substantial reduction in emissions that is actually needed. 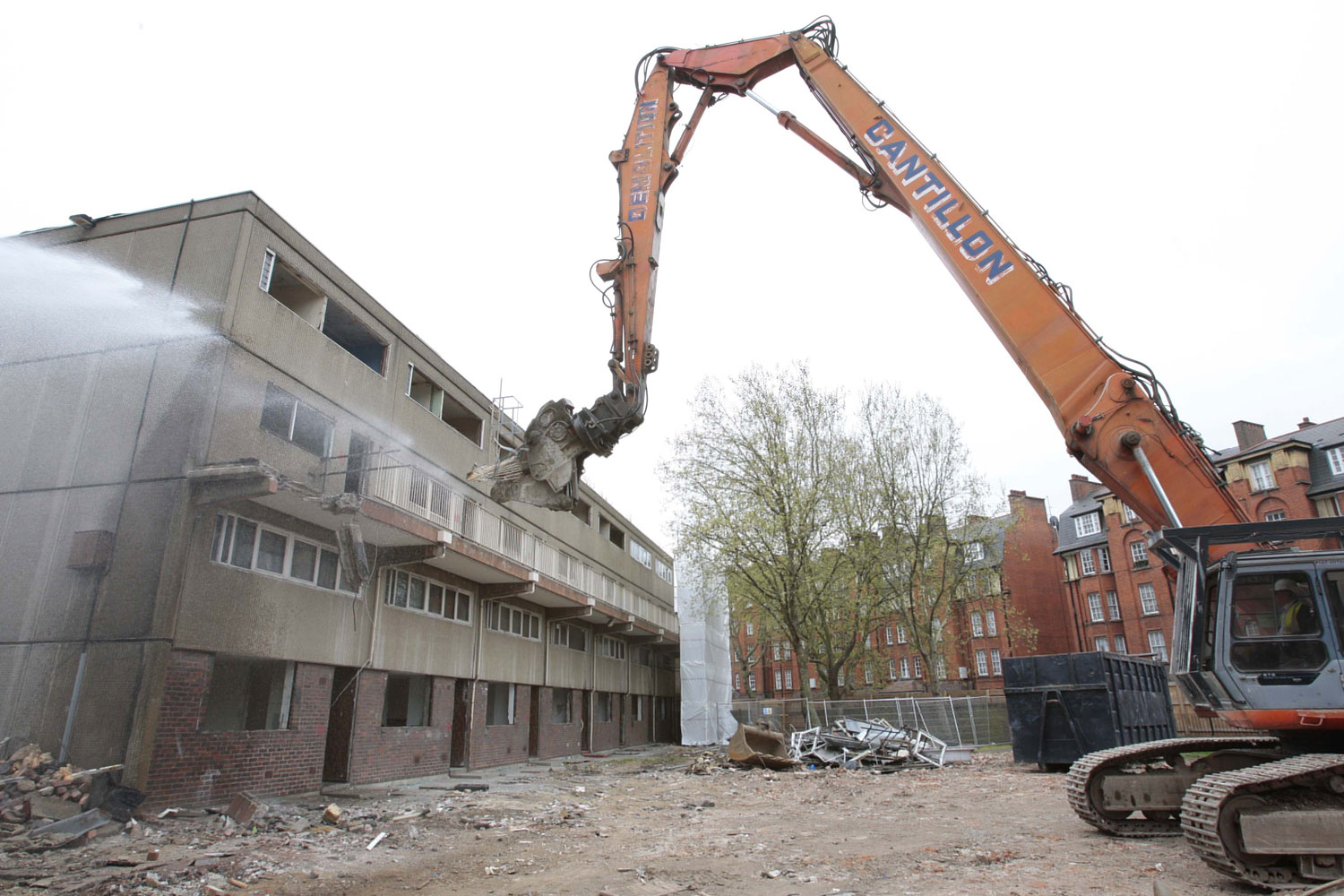 Last July Councillor Richard Livingstone, then Cabinet member for the Environment, Transport and the Climate Emergency, produced a draft document entitled Tackling the Climate Emergency Together, setting out a strategy for becoming carbon neutral by 2030, incorporating amendments and suggestions from several community organisations including Extinction Rebellion Southwark, Fossil Free Southwark and Southwark Cyclists. This document contained a great many excellent recommendations and set ambitious targets with which the Cabinet agreed in principle, even suggesting that on some issues it did not go far enough. Anxious environmentalists began to hope that at last the Council was on the right track to achieve its stated climate goals.

They were dismayed and angry to find that the most recent version of the NSP, submitted for inspection in January 2021, incorporated none of these recommendations; growth and development, however, were referred to in enthusiastic terms throughout. Although there were references to the desirability of greening the borough, creating green jobs, planting trees and making green links for wildlife, the plan was woefully short on detail and remained firmly entrenched in its outdated Demolish and Rebuild position, with only token mention of the Climate Emergency. Furthermore, the policies for Open Space, Trees and Biodiversity were sprinkled with get-out options that would allow developers free rein to continue to do pretty much as they pleased. As at present, building on Metropolitan Open Land, cutting down mature trees and irreparably damaging Sites of Importance for Nature Conservation would all be permitted - in exchange for a contribution to the carbon offset fund.

Meanwhile the Climate Strategy document advocating the radical changes so urgently needed is stuck at the draft stage. The proposal by Councillor Situ is to wait until the draft NSP currently under review is accepted by the independent Inspectors and then spend some months scrutinising, editing and approving the Climate Strategy document, with the intention of tacking it on as an appendix to the main plan. During Part 1 of the Hearings stage of the Examination in Public (EiP), concluded on 11th March, the inadequacy of this strategy was made abundantly clear by speaker after speaker. Representatives of organisations including Southwark Planning Network, Southwark Law Centre, Friends of Burgess Park and Extinction Rebellion Southwark pointed out the imperative need to establish the Climate Emergency as the cornerstone of all planning decisions, and called for the plan in its present form to be rejected and completely rewritten. 11th March was added to the schedule after the first day of the hearing stage of the EiP, after it had become clear that insufficient time had been allowed for discussion of Climate Change.

Bill Perry of XR Southwark said at the Hearing ‘CLIMATE EMERGENCY should be running through the plan like a stick of rock’. Paula Orr of Southwark Planning Network said ‘the overall approach to Health and the Environment shows a disappointing lack of leadership on the part of the Council’, while Ralph Smyth of Southwark Cyclists described the NSP as being ‘from another era’. Mr Perry added ‘We’ve been talking to the Council for two years. Their claim of a ‘golden thread’ running through the NSP puts me in mind of the story of the Emperor’s New Clothes’.

The inspectors have already indicated that many main modifications to the NSP will be necessary – one of them asked dryly ‘Is the present document a work in progress? Is the ink still wet?’ During the hearings Council officers were given an ever-increasing list of notes on points to follow up, amend and expand on; they will be working frantically to incorporate all these changes and additions into the plan before the hearing ends on 30th April. The second part of the EiP, on Site Allocations, begins on 20th April.

The need to break away from the familiar ‘business as usual’ scenario and be resolute in introducing really effective measures to deal with Climate Change is acknowledged by most councillors - but it is a huge ask, and there is little, if any, expertise or knowledge among them as to how to go about it. Things tend to happen slowly in large organisations, and it is easier to talk about what’s needed than to get on and do it. The elephant is still very much in the room, in the form of the power of developers to call the shots and buy their way out of environmental conditions and restrictions placed on their profit-making activities. Until the Council summons up the courage to tackle head-on this major obstacle to achieving the environmental improvements they aspire to, the 2030 net zero target will remain a pipe dream.

One of the most effective ways to make progress would be to set up a Citizens’ Assembly, formed of a cross-section of at least 50 residents from around the Borough, and engage experts to inform them of the options available, so that they can agree on the best strategies for tackling the huge climate and environmental challenges we face, take these strategies forward to the Council and actively assist in implementing them. Such assemblies have been successfully set up around the world, and in many towns and cities across the UK. So far, the Council appears resistant to this idea, though it is now considering the idea of establishing Citizens’ Juries. These, however, would be formed of fewer people, one group per topic, and assist in more of a passive, advisory capacity.

An announcement about the Climate Emergency posted on the council website in February states ‘The long-term commitment [of £101 million] puts the environment at the front and centre and illustrates a shift in direction for the council’ and goes on to say ‘Further detail will be unveiled in the council’s hotly anticipated new Climate Emergency strategy’.

This quote comes from the Climate Emergency Strategy document of July 2020:

‘The government has committed to the UK being carbon neutral by 2050. We do not believe that this is ambitious enough, but current policies suggest that the government will miss even this target. It is clear that the only way the country will come close is with councils delivering for the government. The government must see councils as equal partners to deliver. As with so much, the real innovation and political drive happens at the local level, we encourage the government to recognise this and to work with councils to deliver the change that is needed.’