The Green Party has long championed the rights of refugees and in this piece, local campaigner and local party member, Helen Kilburn shares the facts on climate refugees and highlights the work of global, national and local organisations.

“...you only run for the border

when you see the whole city running as well...” 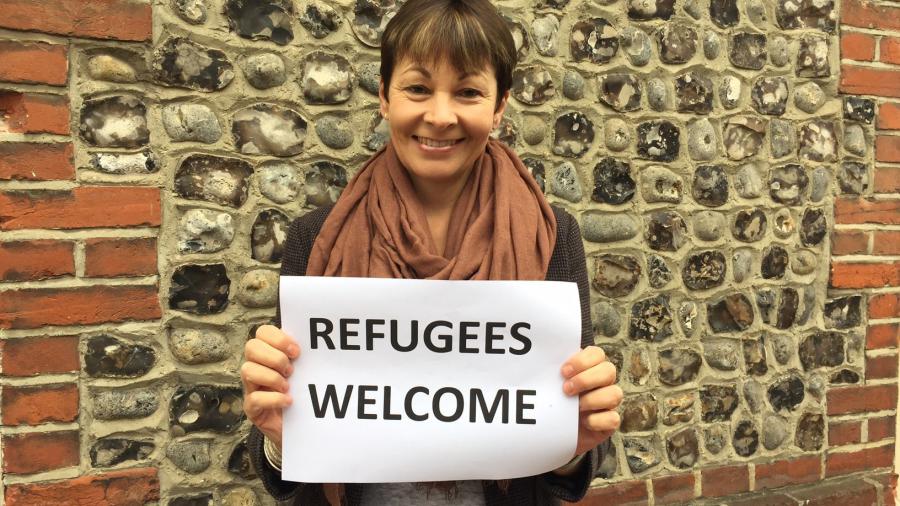 A “refugee” is defined as a person who has crossed an international border “owing to well-founded fear of being persecuted for reasons of race, religion, nationality, membership of a particular social group or political opinion” (1951 Convention relating to the Status of Refugees). In some contexts, the definition extends to persons fleeing “events seriously disturbing public order” (1969 OAU Convention; 1984 Cartagena Declaration). To be recognised as a refugee, an individual must first make a claim of asylum. This is a legal right to which all human beings are entitled, but governments are entitled to reject that claim.

Southwark Green Party welcomed the declaration of a Climate Emergency by the London Borough of Southwark in March 2019 but councillors and council officers are not acting in a way that responds to the gravity of that declaration.

We call for action that recognises the emergency.

Southwark Green Party members have responded as individuals to the draft climate strategy, and some are also members of the council’s Partnership Steering Group (established in March 2020) and have contributed detailed comments on policy through that process. This response will not duplicate that work, but rather highlights some key failings of the draft strategy and these nine points that define how we would approach the task.