Southwark Greens will be joined by other local activists to give evidence to the climate change themed council meeting following the Declare a Climate Emergency campaign. Join us outside the Tooley Street offices of Southwark Council from 6.30pm.

We held street stalls and talked to residents of Southwark about this issue.

Now we are giving evidence and calling for the council to commit to a plan for 2030 carbon neutrality.

We will be joined by - 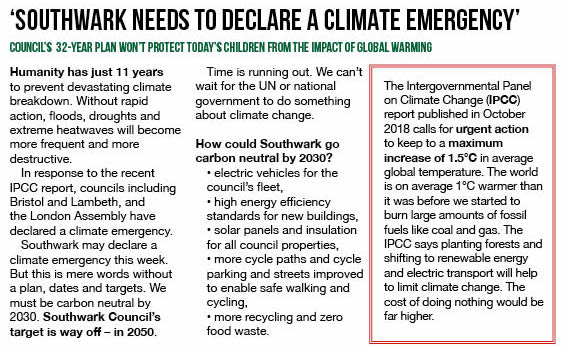