News and local candidate information for the ward of Nunhead & Queen's Road.

Catherine Dawkins, Claire Sheppard and Richard Taylor are the Green Party candidates in Nunhead and Queen's Road Peckham for the local elections in May. 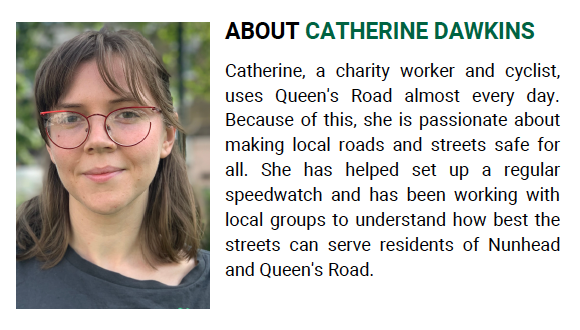 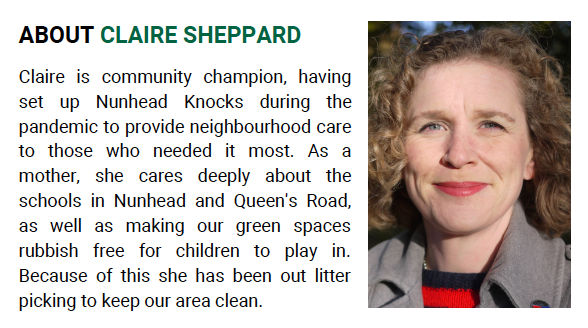 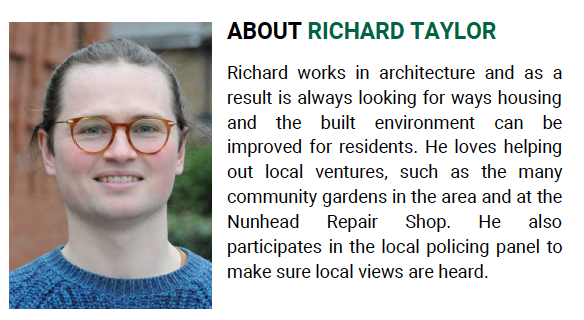 Find out about what they have been doing locally... 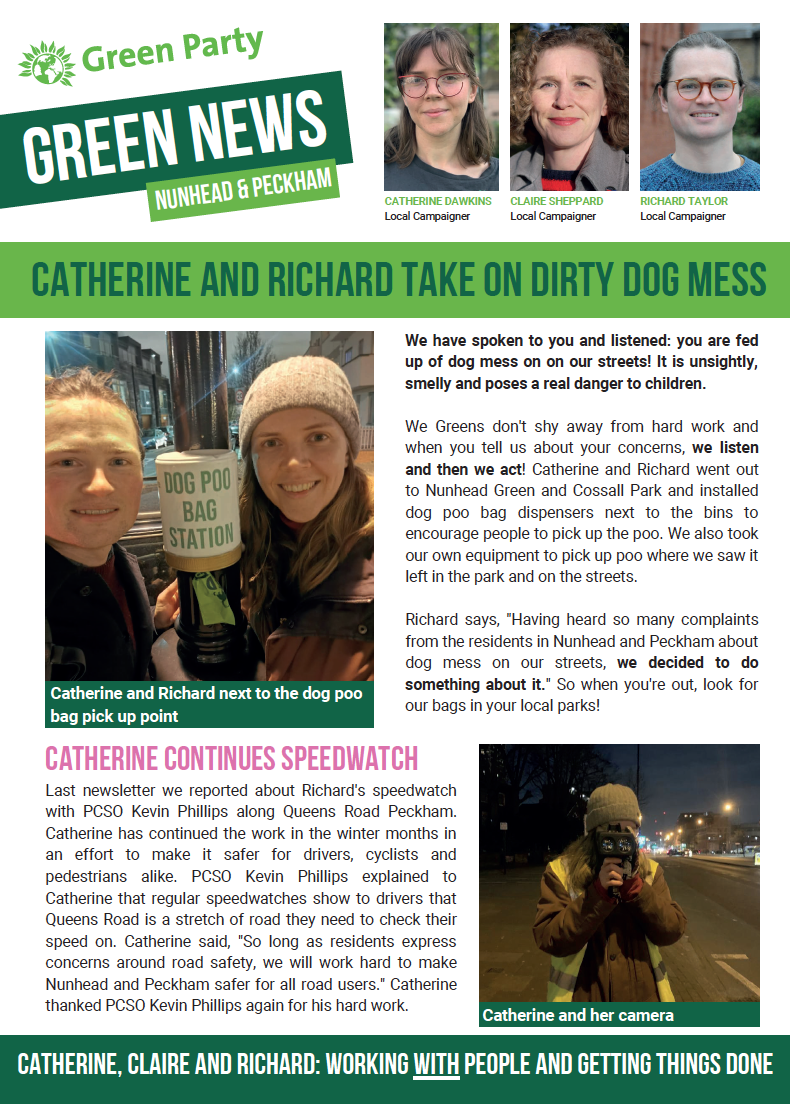 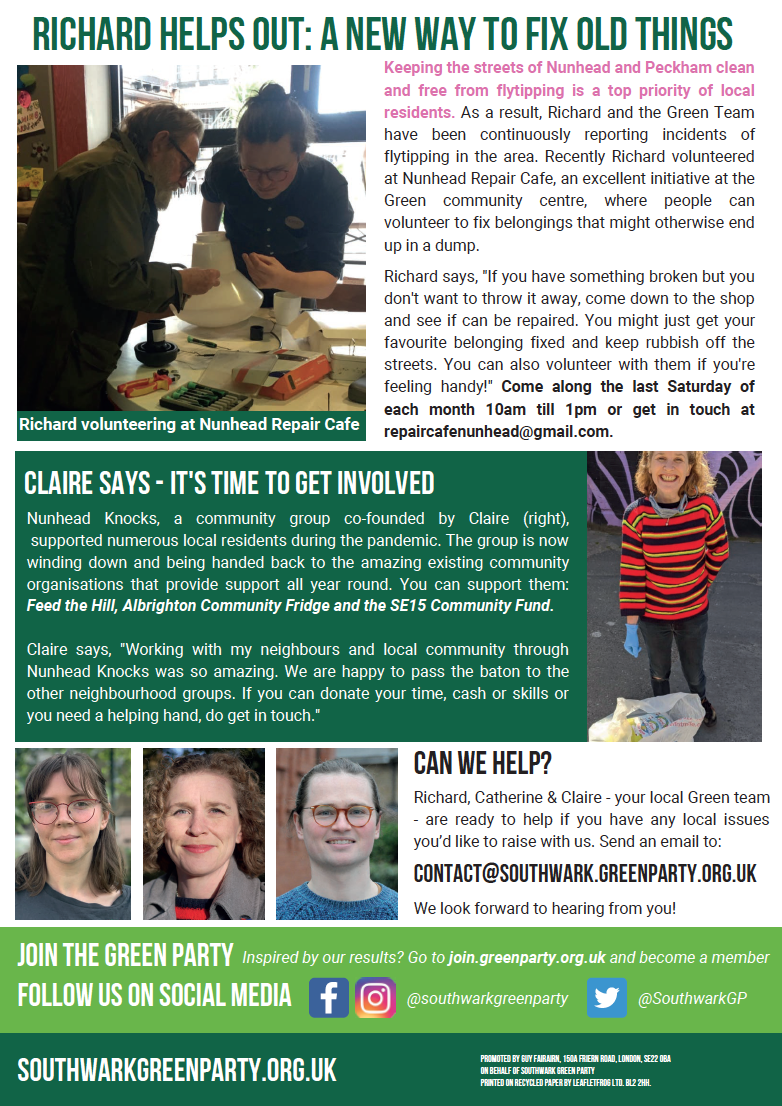 Is infilling the answer to Southwark's housing problem?
Posted by Tracey Beresford · Jun 25, 2021 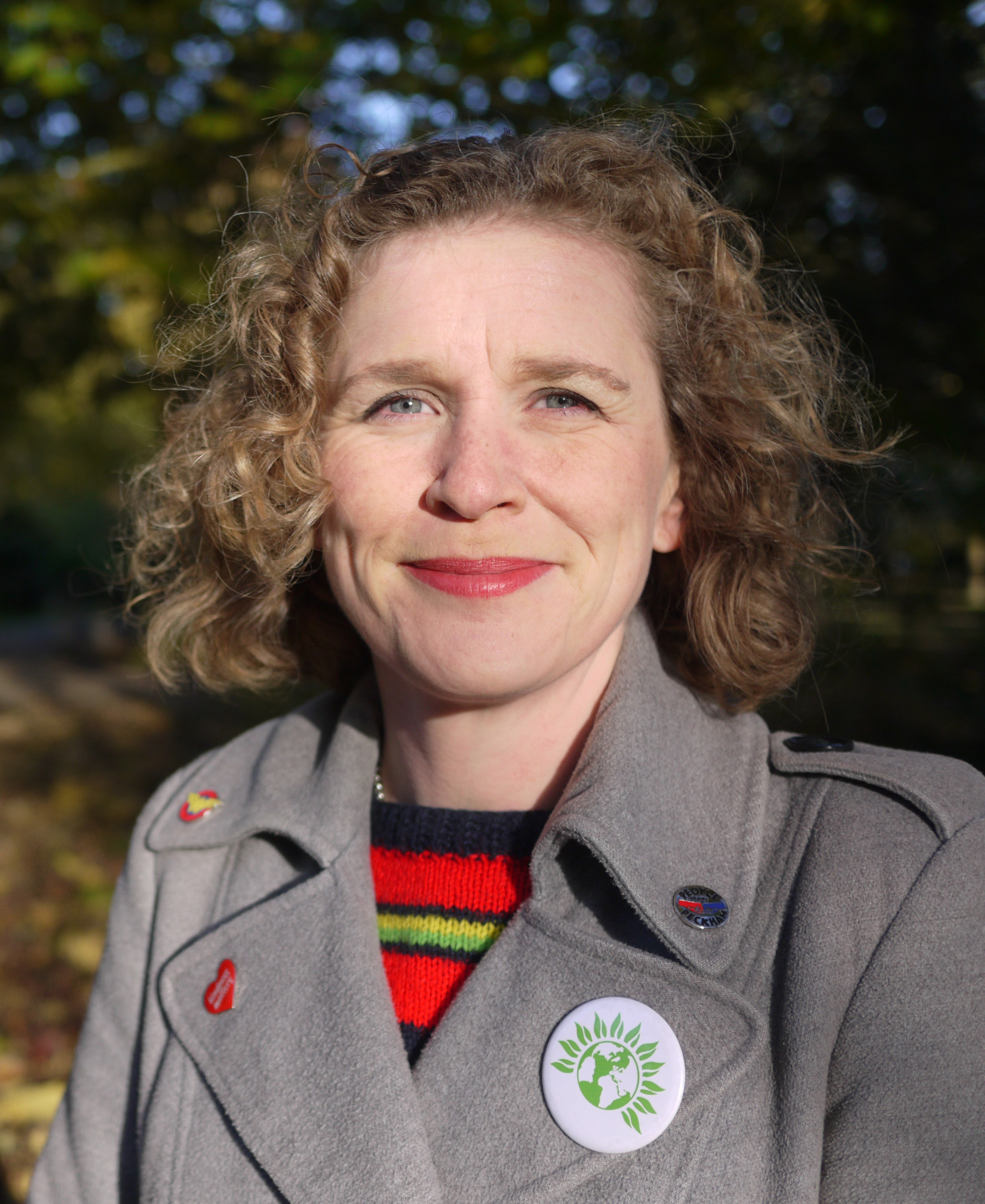 Take a look at what three local Green activists have been doing in just one area of Southwark. Catherine Dawkins, Claire Sheppard and Richard Taylor are standing for election to Southwark Council as Green Party candidates in Nunhead and Queen's Road. 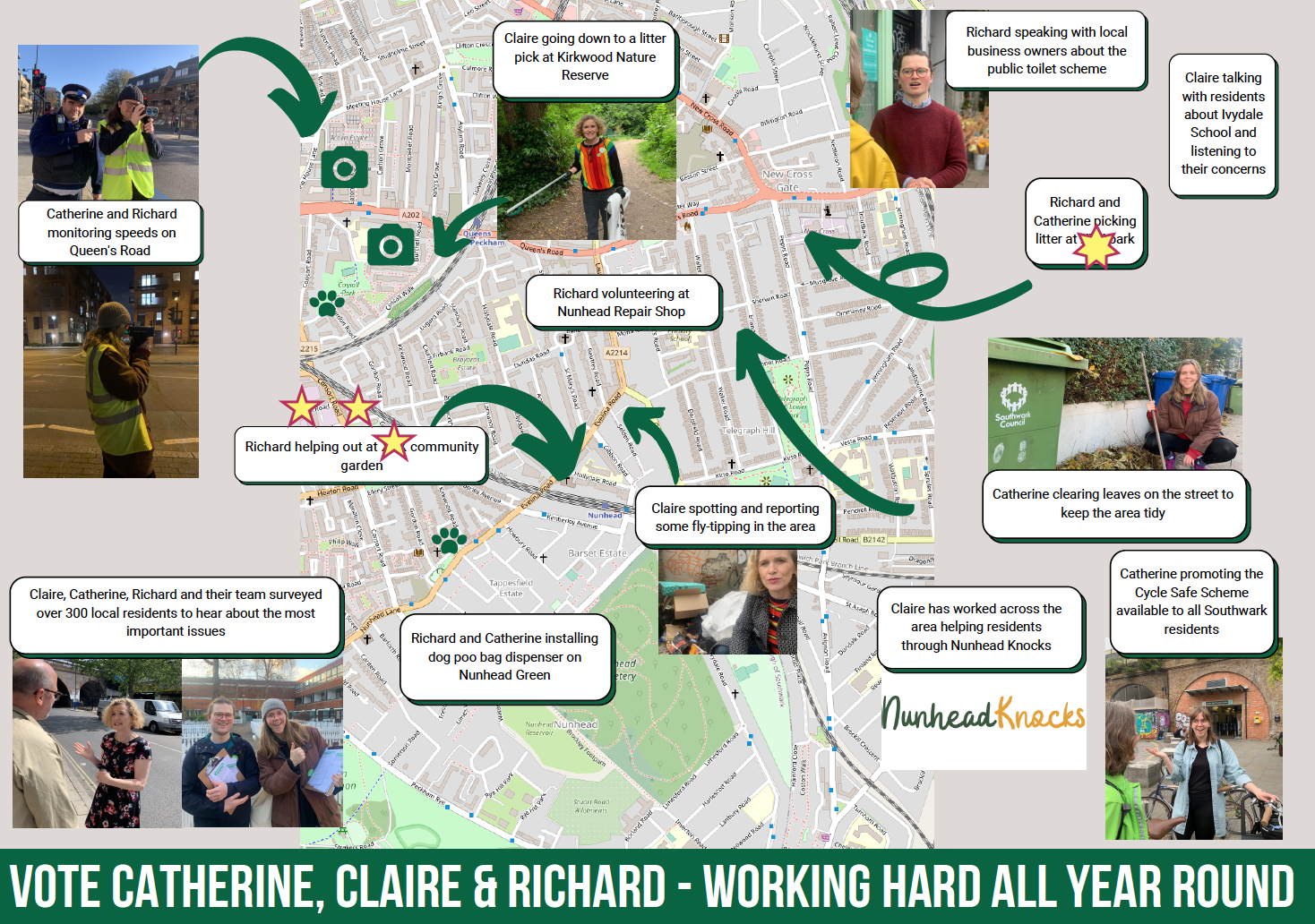 In response to this, they have:

Greens are standing in the local elections right across Southwark. Vote for hardworking local Greens on Thursday 5 May.